How to Stop Receding Gums

For many people, the existence of receding gums is a harsh reality. However, the only way to fight and repair receding gums is to first understand what it means for gums to receive as well as what causes them to recede.

What is Gum Recession and How Does It Happen? 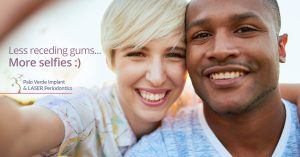 As the name suggests, gum recession, or gingival recession, is when gum tissue becomes recessed and, therefore, covers a lower percentage the surface of teeth. Oftentimes, this means that the recession exposes the roots of teeth. If untreated, gum recession can allow harmful bacteria to build up in the exposed areas of the teeth which may eventually result in tooth loss.
Unfortunately, there is not just one cause of gum recession that individuals can avoid in order to ward off the condition. However, many dentists blame the condition on behaviors such as aggressive brushing of flossing. Aggressive brushing and flossing can wear down the tooth allowing for roots or gaps to be visible. In addition, grinding of the teeth can also lead to gum recession, as the grinding can break down the enamel and other parts of the tooth (it must also be kept in mind that many other conditions can be caused by tooth grinding). It must also be stated that avoiding smoking and chewing tobacco is critical to avoiding gum recession.

In addition to avoiding harmful behaviors like grinding and aggressive oral care. Gum recession can also be avoided by performing beneficial behaviors like regular brushing and flossing (not aggressive brushing and flossing) and regular trips to your dentist’s office, as your dentist can tell you whether your gums and teeth are showing the early stages of gum recession.
With this said, there are other causes, such as genetics, that individuals who fear gum recession cannot avoid. According to research, those who have parents with gum recession are generally more likely to eventually suffer from gum recession themselves.

How Can Receding Gums Be Treated?

There are three common types of surgery that treat gum recession. The first is root planing and flap scaling. This surgery is when removes bacteria from the affected gums, folds them and secures them in their rightful place. This generally eliminates the exposed teeth or roots or makes them smaller. The second surgical treatment is known as regeneration. This is generally done when the bone that supports teeth is destroyed due to recession. In this surgery, a membrane is generally applied to the bone to help regenerate the damaged bone or tissue. Lastly, the third type of surgery is a soft tissue graft. This generally involves grafting tissue from the top of the mouth to the affected tissue to eliminate or reduce the gaps made due to recession. Another treatment for gum recession is the VISTA technique for gum grafting. The Vestibular Incision Subperiosteal Tunnel Access (VISTA) technique uses the patient’s own tissue or natural graft to treat receding gums.

If you feel that more of your teeth are becoming exposed or that you already suffer from gum recession and would like treatment before a big event like a wedding, it is highly recommended that you contact our office. By contacting our office, our staff will be able to set you up with the type of gum recession treatment that is right for you. It is never to take action against receding gums! Call us on (626) 577-8880 or click here to contact us. 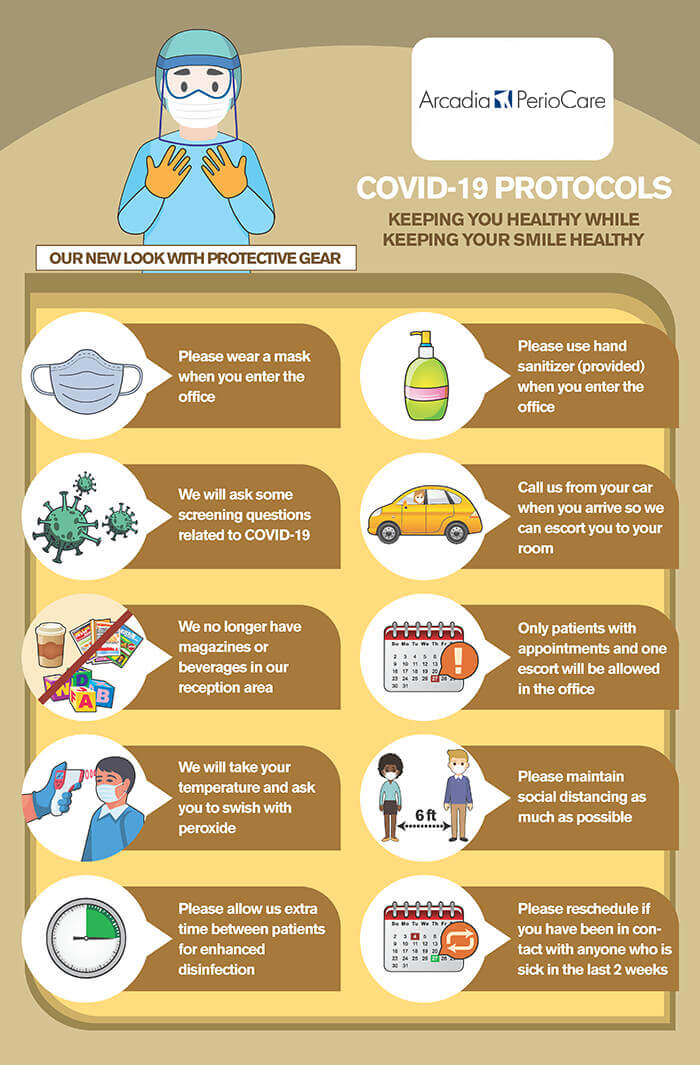